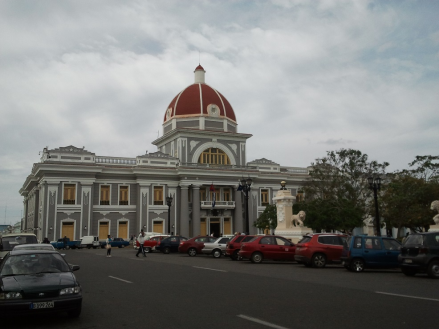 Many consider Cienfuegos, and most of all, its capital, as one of the most beautiful in the country. No wonder they call the city ¨The Perl of the South¨. French Louis Clouet founded the city in 1819, and name it Fernandina de Jagua. Cienfuegos has beautiful neoclassic and eclectic buildings. Its Historical Center, declared heritage by Unesco World Heritage Site in 2005, is consider a model of 19th century urban planning in Cuba and the Caribbean. One of the main fortresses in the island during colonial times was built here in 1745 for the defense of the city against pirates.
Sites of interest:
Jagua fortress: For safeguarding the area, Spain built a stonework fortress at the bay´s entrance. Considered one of the most important fortress founded in the island.
Jose Marti Park: The main political, administrative, and social buildings surround the plaza, as well the cathedral of the Blessed Virgin, the Town Hall and Tomas Terry Theater.
Tomas Acea Cemetery: Considered an architectural jewel and designed as a garden with paths and fruit trees.
Tomas Terry Theater: The Theater was built in1890 with an impressive façade and frescos on the ceiling. Many famous artists have honored this stage such as French actress Sarah Bernhardt and Italian tenor Enrique Caruso among others.
Prado Promenade: Became the center of the city´s social life. In time elegant mansions were built.